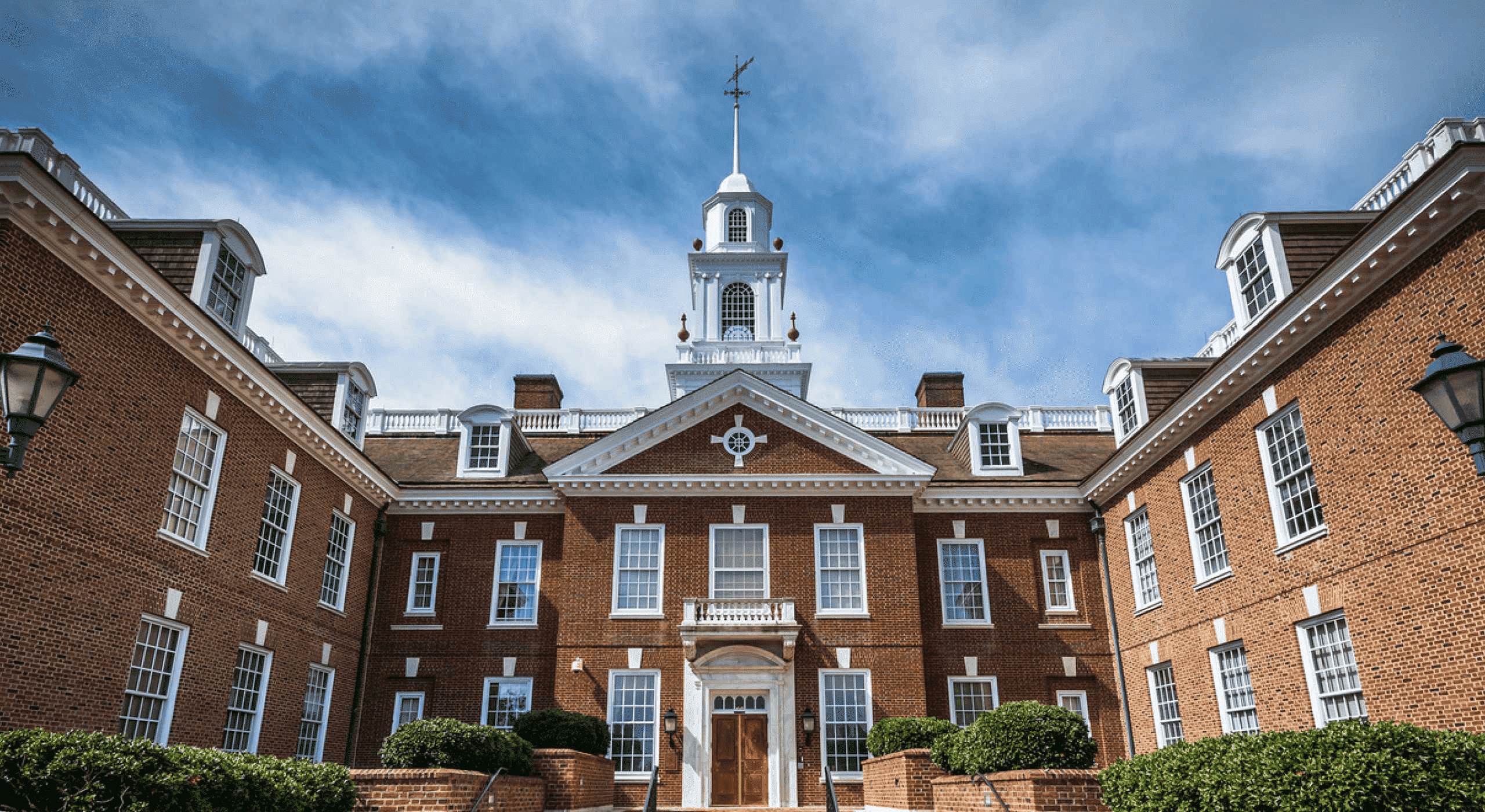 DCJ’s mission to listen, amplify, and act starts in the communities we serve. 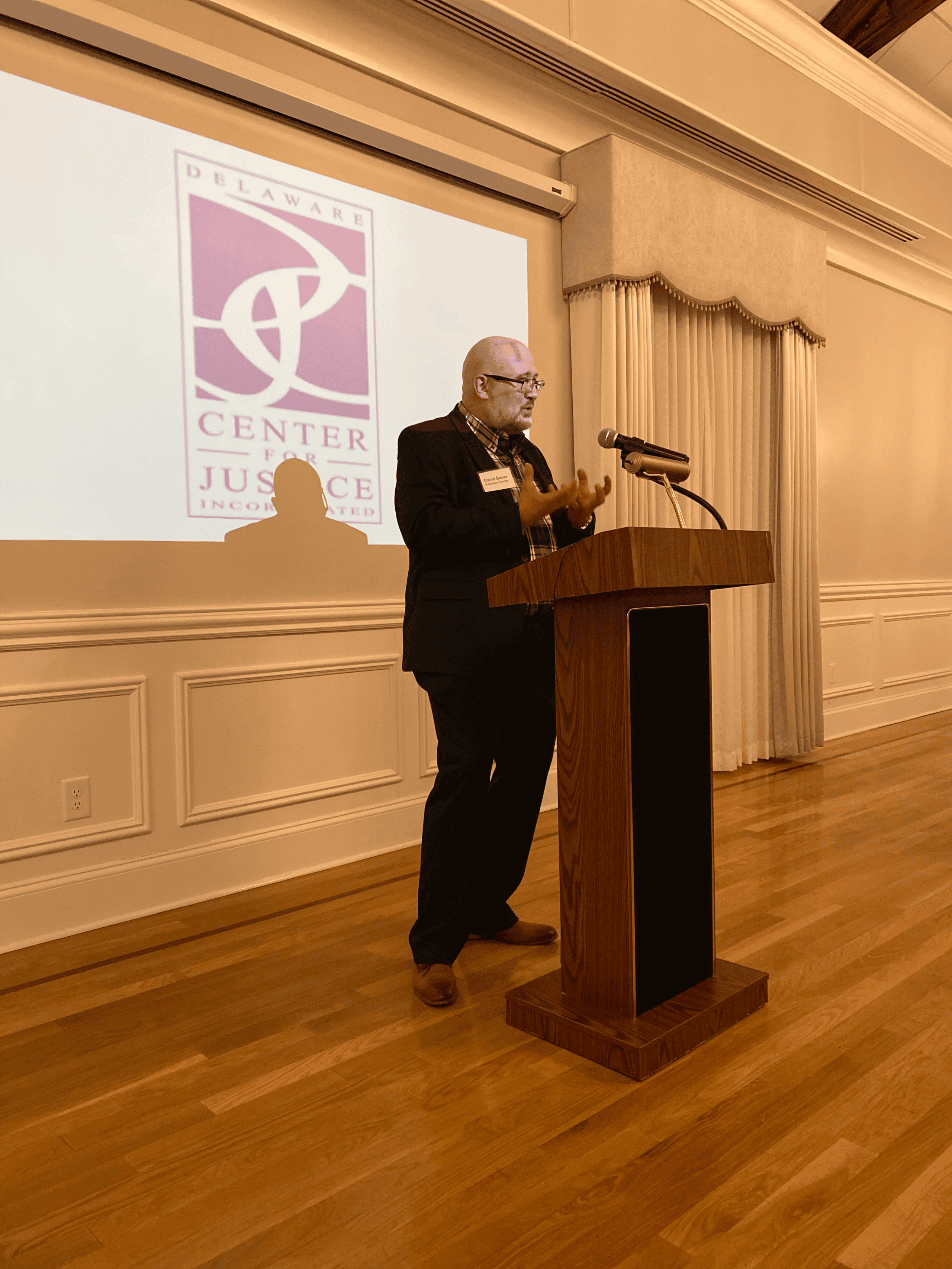 A LETTER FROM OUR EXECUTIVE DIRECTOR

When Cassie* was sentenced, the court forgot to check a box on her paperwork indicating she’d successfully completed a diversion program. Unaware of this, she served her sentence, paid her court costs, and applied to have her record expunged. After paying the required $52 for her fingerprints and the $75 application fee, she was told that her offense was not eligible for mandatory expungement.

Most people would have given up at this point, but Cassie didn’t. Instead, she reached out to the Delaware Center for Justice, and we partnered with the Office of Defense Services to track down the error, confirm her eligibility, and set the stage for her to succeed.

Jamie* almost gave up on her second chance, too. When she tried to apply for expungement with the State Bureau of Investigation, she was advised that her offense was ineligible—even though it’s clearly listed as eligible in the statute! Exasperated, she called DCJ for help, and the matter was instantly resolved with nothing more than an email to the right person. Thankfully, Jamie got her expungement, but that positive outcome happened only because she reached out to DCJ.

Human error shouldn’t stop people like Cassie and Jamie from getting the second chances they deserve. Give to DCJ now and help us break the barriers that stand in their way.

“The resources are out there,” says Angela, a DCJ board member who made the expungement journey herself. “People just don’t know where to start to get help.”

With your support, that’s where DCJ comes in. This year, we’ve made it our priority to help Delawareans with low-level criminal records get those records expunged and live free from the obstacles to housing and employment that prevent them and their families from enjoying a better life.

Our programs work with youth and adults across the criminal legal system, from pre-adjudication and detention to incarceration and re-entry, as well as victims of crime.

We recognize that powerful forces beyond an individual’s control drive involvement with the legal system—living in poverty, being the child of an incarcerated parent, attending an underfunded school, languishing in the school-to-prison pipeline, residing in an over-policed neighborhood, or simply being Black or Brown in America. That knowledge has guided our work for over a century.

Make a gift to DCJ today and keep us strong in the fight for justice in the First State.

We hoped this would be an invitation to our Annual Celebration, a chance to come together with DCJ supporters like you and the resilient people we work with every day. The reality, however, is that it’s simply not safe to do so. Due to rising COVID-19 transmission rates and concerns about its variants, we’re going to have to wait a bit longer before we connect in person again.

But justice cannot wait, and we still need your help. Instead of a gathering, will you sponsor justice for all Delawareans? Give now, and your gift will translate into swift action for change in the most pivotal moment for justice in our lifetime.

We’re also seeking donors to pledge a recurring annual gift of $2,500 or more. If you’re able, please consider giving at the “Visionaries of Justice” level.

Thank you for standing with DCJ in these uncertain times.

YOUR SPONSORSHIP IS THE GIFT OF A SECOND CHANCE

Although we can’t come together to celebrate your gift, each sponsorship comes with the gratitude of our staff and clients, as well as recognition on our website, social media channels, and bi-weekly newsletter.

If you prefer to pay by check, please return your preferred contact information:

We will be in touch with you shortly to collect further information to promote your sponsorship.

EVERY NUMBER IS A STORY

The people we serve are among the hardest hit by the pandemic, so we can’t afford to slow down. Since last fall, our re-entry program expanded to offer 349 returning citizens help securing housing and employment, with services literally starting at the prison gate. In that same time, our Victim Offender Conferencing program successfully mediated 164 cases for 341 individuals who resolved their differences without going back to court. This spring, our policy advocacy helped to pass Clean Slate legislation that will instantly provide over 200,000 Delawareans with expungement—and a second chance to move beyond their criminal record and get their lives back.

That’s only a fraction of the work we do. Every one of these numbers tells a story. Help us to amplify these stories—and sustain our work so our clients have more success stories to share. Sponsor the Delaware Center for Justice today.