Transforming The Legal System in Delaware

At the DCJ, we listen, we amplify, and we act to seek
justice for all Delawareans through advocacy and services.

We provide state-of-the-art, evidence-based programming to our clients, seeking justice for each individual as we seek justice for all. 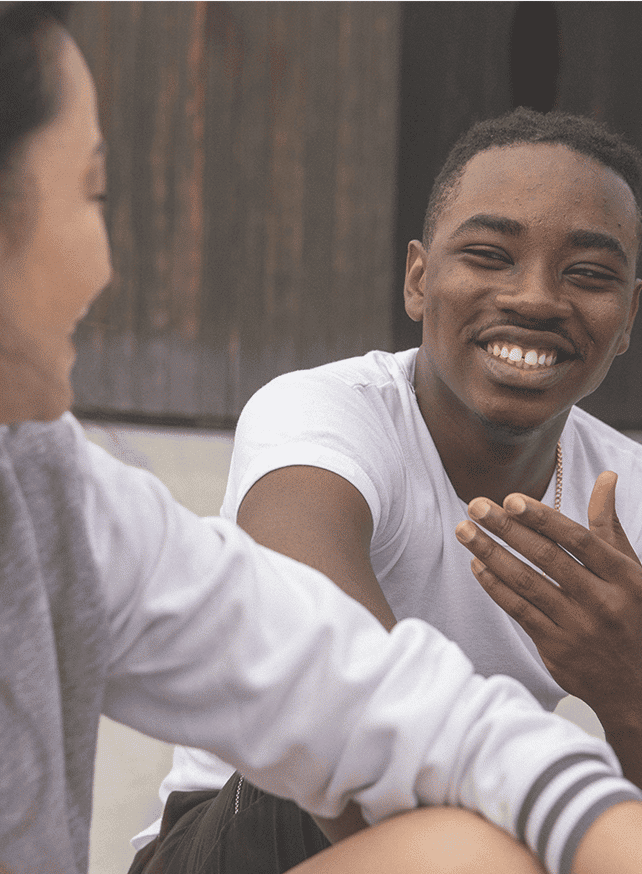 Nonconvictions Bill Fines and Fees Reform An act to amend titles 10 and 11 of the Delaware code relating to expungement. Past Legislative Success

Nearly 9 out of 10 employers conduct a background check before making a hiring decision. These background checks include non-conviction records. Under current law, people serving terms of incarceration, probation, or parole are ineligible to apply for an expungement. This provision prevents people who are incarcerated, and on probation or parole, from expunging cases that have been terminated in their favor. These are cases where they were legally found innocent and if they were not serving terms of incarceration, probation, or parole, the case would be eligible for mandatory expungement.

Amend Delaware’s current expungement law to allow people currently serving a term of incarceration, probation, or parole to clear records of cases terminated in their favor through the mandatory expungement process.

Summary:
This Act prohibits a court or the Department of Transportation from suspending a driver’s license for nonpayment of a fine, fee, cost, assessment, or restitution and from charging a penalty, assessment, or fee to a defendant for the cancellation of a warrant issued due to the defendant’s nonpayment of a fine, fee, cost, assessment, or restitution. Further, this Act permits a court, before imposing a fine, fee, cost, or assessment, to consider a defendant’s ability to pay the fine, fee, costs, or assessment, whether an adult or a juvenile, is able to pay the fine, fee, cost, or assessment. This Act also provides the courts with discretion to waive, modify, suspend, costs, assessments, fines, and fees even if otherwise deemed mandatory by the Code. Additionally, this Act requires state, county, and municipal law enforcement agencies and volunteer ambulance companies to calculate and report the total sum they receive from fines, fees, costs, assessments, and restitution and make a public report of these totals. This Act also creates the Criminal Legal System Imposed Debt Study Group to review the impact court imposed financial obligations have on defendants and survivors of crime and make recommendations to promote access, fairness, and transparency in the imposition and collection of court imposed financial obligations. Finally, this Act makes technical corrections to conform existing law to the standards of the Delaware Legislative Drafting Manual. Full Text of Bill

What happens next?
Awaiting consideration in Committee.

An act to amend titles 10 and 11 of the Delaware code relating to expungement.

Status:
Introduced and Assigned to Judiciary Committee in House 3/12/20.
What Happens Next?
Awaiting Consideration in Committee.

According to the Death Penalty Information Center, 167 people have been exonerated from death row since 1973. This is only one disturbing statistic out of many when it comes to the death penalty. The Delaware Center for Justice strongly opposes the death penalty, and encourage you to contact your legislators and let them know how you feel about the death penalty.

Summary:
This Act removes the prohibition against receipt of Temporary Assistance for Needy Families (“TANF” also referred to by the name Aid for Families with Dependent Children or “AFDC”) funds by persons convicted of a drug felony, so long as that person is otherwise eligible or TANF assistance. Even though federal laws such as PRWORA passed during the War on Drugs frequently prohibited access to public assistance for persons with drug felonies, these laws also gave states flexibility in determining eligibility for food aid and cash assistance for families with children when applicants had a criminal conviction. The majority of states have limited the federal bans in whole or in part. In 2011, Delaware opted out of restrictions on food aid, but it has not opted out of or limited federal restrictions on TANF—the cash assistance program that is the principal form of assistance available to most families in poverty to pay for things like electricity bills or school supplies. Under existing law, individuals convicted of any state or federal drug felony, including possession of marijuana (which can be a felony under federal law), are ineligible for TANF for life. Although the children of a parent convicted of a drug crime can still receive assistance, the family’s overall award is significantly reduced, and in practice this affects the well-being of families and children. Full text can be found here.

Notable News & Research:
A Lifetime of Punishment: The Impact of the Felony Drug Ban on Welfare Benefits – The Sentencing Project, 2015

DCJ believes that families should be able to move forward, past a parent or sibling’s previous indiscretions. We fully support the legislative effort to remove this restriction.

Summary:
This bill would restore a prosecutor’s ability to seek the death penalty in Delaware by requiring a jury to unanimously “and beyond a reasonable doubt” find one or more aggravating circumstances that make the offense eligible for capital punishment.
Full Text can be found here

Status: HB 125 has made it out of the House Judiciary Committee.

What happens next?
Awaiting consideration in Committee.

The Delaware Center for Justice is a staunch advocate against the death penalty. Specifically, we believe it is racially biased and arbitrarily applied. Our current system of justice is imperfect, which puts innocent lives at risk. The death penalty is also extremely costly to the taxpayers. Simply put, the death penalty is the wrong public policy choice for Delaware.

Summary:
This bill seeks to protect both public safety and defendants’ rights by seeking to improve pretrial decisions and outcomes while avoiding the unnecessary detention of people who do not pose a risk to public safety. The bill empowers those tasked with supervising individuals with the tools they need to monitor them properly while released- tools currently lacking under our existing system. Full text can be found here.

What Happens Next?
Becomes effective upon date of signature of the Governor or upon date specified.

The Delaware Center for Justice supports the implementation of a validated risk assessment tool to assess the risk a defendant poses to the community. Additionally, DCJ supports the elimination of cash bail in favor of a risk-based bail system, which requires an expansion of Delaware’s pretrial supervision capacity.

Summary:
Senate Bill 54 will help individuals (kids and adults) with juvenile records that have matured and moved beyond any youthful indiscretions. This bill will give them the chance to petition the Court to review the facts of the case, their individual circumstances, as well as any opposing arguments from prosecutors and/or victims, and decide whether or not their record causes a manifest injustice and should be expunged. Senate Bill 54 accomplishes this by:
1) Eliminating the prohibition against even being able to petition Family Court for a discretionary expungement for certain adjudications (Robbery 1st, Burglary 1st, or Home Invasion).
2) Streamlining and expanding the net of people with juvenile records who can petition the court for a discretionary expungement.
Full Text can be found here.

What Happens Next?
Becomes effective upon date of signature of the Governor or upon date specified.

Justice for All Delawareans

In this extraordinary moment, our nation is unified in a loud and sustained call for justice. Not justice postponed, as it has always been for Black, Indigenous, and People of Color in America, nor justice for some, but fully and finally justice for all. We are also calling for the dismantling of the mechanisms of white supremacy that have prevented justice on this continent for over four centuries.

In Delaware, we have yet to achieve an unbiased, equitable, and transformative vision of justice. The effects of slavery, Jim Crow, poverty, and discrimination are embedded in our state’s institutions and disproportionately impact those most vulnerable to structural injustice to this day. As recently as 2019, Black Delawareans accounted for 60% of the state’s prison population, while representing less than a quarter of its population overall.

In this environment, justice cannot exist.

There’s reason to hope, however. Since the murder of George Floyd, we’ve seen monuments to white supremacy toppled; we’ve witnessed the Supreme Court uphold the rights of LGBTQ+ people and dreamers; and right here in Delaware we’ve seen the beginning of much-needed policing reform.

Building on this momentum, our new mission is simple but direct: we listen, we amplify, and we act to seek justice for all Delawareans through advocacy and services.

DCJ is unique among nonprofits in that we operate in both the advocacy and service spaces. Our policy and education work informs—and is informed by—our direct service programs.

Our primary role in Delaware is to offer a safe, compassionate, and non-judgmental environment that encourages and supports the vulnerability of our clients. Additionally, our public education, research, and advocacy initiatives involve engaging the public and policymakers in reasoned discussions of leagl issues to improve the quality of justice in Delaware. Our reformative and legislative work focuses on juvenile justice, pretrial reform, decarceration and sentencing reform, and the collateral consequences of conviction.

Unfortunately, we cannot accept walk-in clients, but please browse through the wealth of resources on our website. Call us at 302-658-7174 if you would like to be referred to one of our programs.

Your support will activate a bold vision of justice for Delawareans. While DCJ is thankful for state contracts and grants to sustain our client services, we also rely on donations to support our policy and advocacy work. Your generosity will help to expand our programs and move us closer to achieving justice for all.

dcj in the news 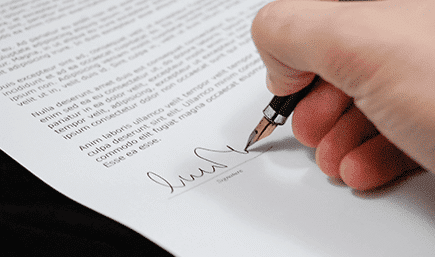 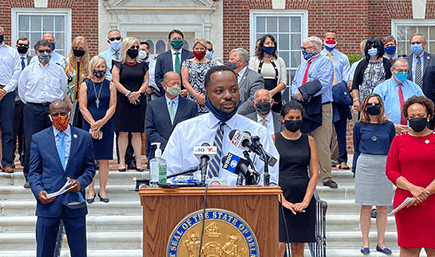 The Delaware Center for Justice in Wilmington is preparing to host a six-week group therapy program for healing racial trauma. 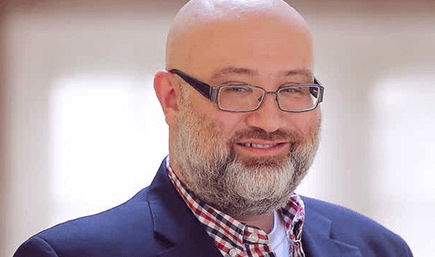 The Delaware Center for Justice announced Nov. 20 that David Bever was named the new executive director of the organization.